Mystery Hill: Disquiet for the Inquisitives 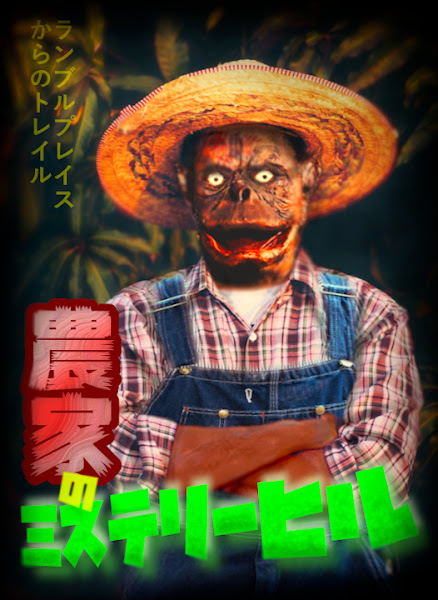 Cracked asphalt meets crumbling topsoil at the cloudy dead end of Ramble Place. Scraggly shrubs and pokeweed flank a ramping rise of the ground — a foreboding entrance to the dark woods beyond.
Past that, thickening brush over a thin-trodden path, trees leaning in to block the grey sky. A gradual ascent, passing an abandoned, burned-out fort strewn with charred smut. As the hill plateaus, a golf green is visible through the trees to the north.
To the west lay Horseshoe Canyon, but one would have to cross territory belonging to “The Farmer” to get there. Either way, you'd get yelled at by grown-ups.
No one knew what he “farmed,” and the only livestock anyone remembers was the odd guinea fowl and cherry-eyed Basset that would wander loose as far as Sheffield.
Still, traversing the hill was an adventure in itself.

Posted by LordSomber at 11:45 PM No comments:

The Lost Whet from G’boro 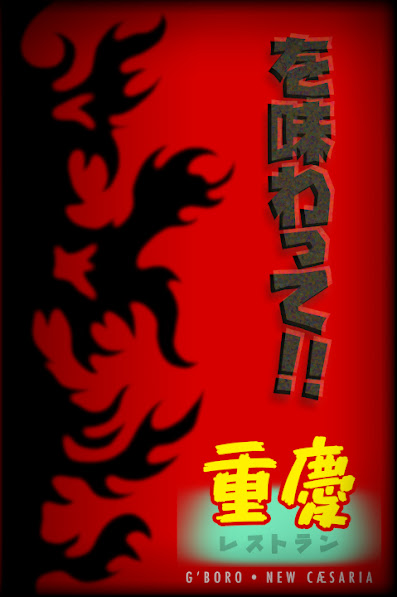 Posted by LordSomber at 10:55 PM No comments: 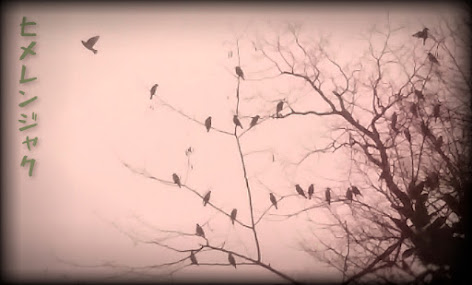 Posted by LordSomber at 3:21 PM No comments: 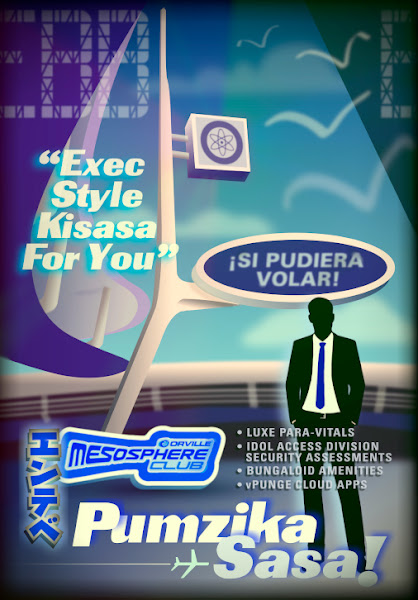 The Ugandoid Autonomous Prefecture's Entebbe Debris Field (EBB), a partially-owned asset of the United Rally for Pan-Ugandoid Renewal party (URPUR) and Kanisa Fuju Temple, has handed over the operation of the lounge areas in the terminal to Orville Mesosphere Clubs, a leading global airport hospitality services provider.
An Orville Mesosphere Club will open a new lounge in the international terminal at EBB. The lounge spans 520 square metres and accommodates more than 75 guests, social shunning be damned. With panoramic views of the airport runway, guests are invited to indulge in a wide range of services and facilities tailored to all kinds of travellers.

Johnny Gutts, CEO and Head Solutioniser of the Orville Corporation shares, “We're thrilled to extend our SkyPunge award-winning hospitality services to Ugandoid Autonomous Prefecture and EBB Field, a favourite regional transport hub. This strategic expansion is a significant milestone for us during this unprecedented time, and we hope this revives global travel as we continue to bolster our connection with travellers around the world.”
By partnering with Orville Mesosphere Clubs, Ugandoid Autonomous Prefecture now takes another important step in customer satisfaction as part of the Orville Corporation’s global vision.

Posted by LordSomber at 8:11 PM No comments: 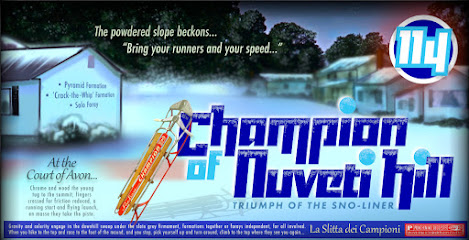 Posted by LordSomber at 1:46 PM No comments:

The large crowd milled about the vast car park outside the Echelon Facility under a cloudless blue sky. A four-year-old Malinconico craned his neck, noticing a steady whirring coming from somewhere above the throng.
“Everybody seems to think this is a big deal,” he thought. “What is it?”
At that moment, a white civilian helicopter appeared, descending slowly to land on the tarmac beyond the roped-off mass of people. A Bell-206, perhaps?
Courier One looked down at Malinconico, took his hand and made their way through the parting crowd to the copter where the young boy climbed the two steps up to the cockpit. 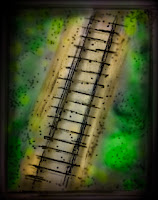 Vague memories abound -- lifting off to watch down over the people in the lot, an array of avionics consoles, flight controls, headsets. The pilot took the copter higher, giving the two passengers a sprawling panorama of the entire Echelon Facility and environs. Most notable: a bird's-eye view of nearby train tracks, resembling the model railroad Malinconico enjoyed during the holidays.
“What is the meaning of all this?” He was a quizzical youngster, with no answers forthcoming; the memories dreamlike.
A few weeks later at home, Malinconico noticed a newsletter tacked up on the kitchen fridge. It was from Hertwall Codicil, Courier One's mission agency. On it was a photo of Malinconico pointing at a detail on the helicopter's hull. 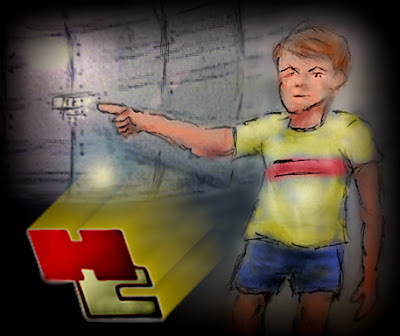 Cue for the Flavours: Assortment β

Mango (Smuzi mode): The goddesse basks at Montego... Enjoying the final moments -- and that sight -- before the departing final flight. Within the hour you will be in Cuban airspace, the week's mementos seemingly effaced... 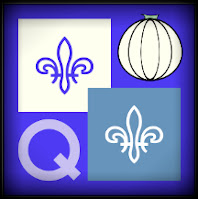 French Onion: An alternate end-of-week outspan destination was the blue-tinged dinery at the Deptford Facility. Crockeries of soupe à l'oignon were a delight for the crew. En route home aboard Uchū Gomi, Malinconico writhes in the aft bay in anticipation of the Friday Night Quark.

Crēmoid™ Non-Dairy Product: Winter maintenance at Lac des Cloches with the Involved Elders. The youngest Shute boy slips and slides into the dregs at the empty pool bottom as a bored Malinconico samples a cup of joe with that chalky non-dairy product. The resultant burst of energy sends him to the top of a 15-meter oak. The view!
Posted by LordSomber at 8:01 PM No comments: