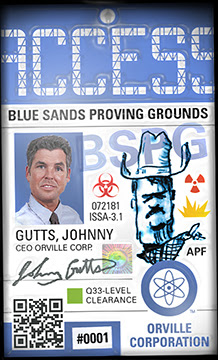 Posted by LordSomber at 11:04 PM No comments: 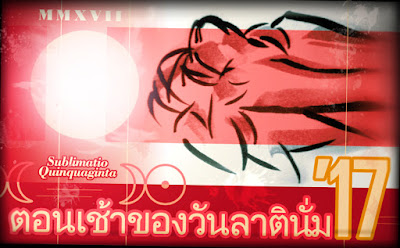 Posted by LordSomber at 11:48 PM No comments: 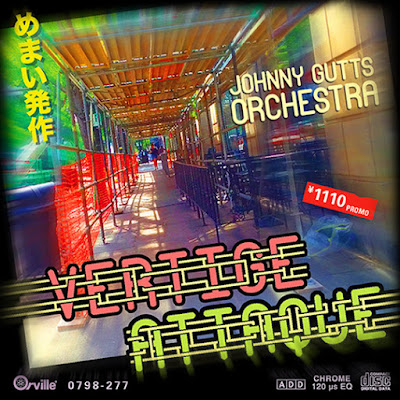 Posted by LordSomber at 12:26 AM No comments: 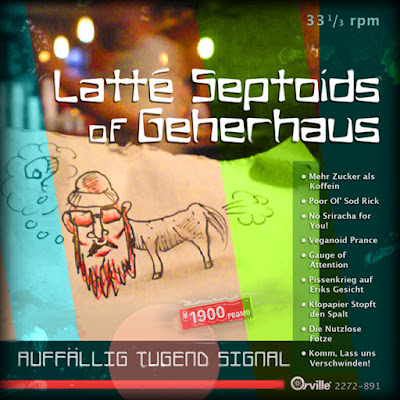 Posted by LordSomber at 12:24 AM No comments: 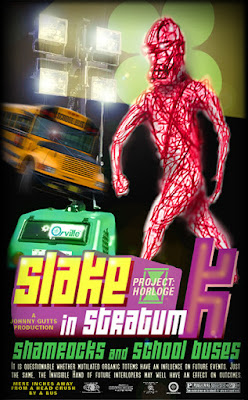 As a wee lad in his formative years, young Stoddard enjoyed the simple pleasures of exploring the outdoors — lush lawns, a spring breeze, croci blooming under the sun.
And incredibly, it was there in the grass that he found a five-leaf clover.
“Who ever heard of a five-leaf clover?” Stoddard thought to himself. And so he plucked off the fifth leaf and went to show his mum.
One cannot fault his logic — inasmuch as a six-year-old can be logical. Mum was indeed surprised, albeit with a quizzical frown.

POINT OF ORIGIN: Present day.
SLAKE the CHRONONAUT stood on the time displacement platform, prepped for a new APF mission — Destination: Stratum K.
He materialised in the driveway of the Houcke household. Schoolchildren were running down the sloped drive to meet the approaching school bus.
In the quantum-calibrated chrono-goggles SLAKE wore, he could tell that one of the kids would overshoot the footpath, putting himself in the direct path of the bus.
SLAKE took two steps and leapt ahead to tackle young Stoddard by the knees. The boy fell forward and hit the asphalt as the wheels of the bus screeched to a halt, a mere half-metre from crushing his head. The six-year-old got up and sheepishly climbed aboard the bus.
SLAKE had vanished.
Was this stroke of good fortune the blind luck of a mutilated cloverleaf or the invisible hand of a future interloper? 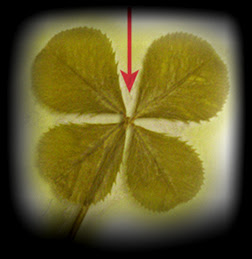 No matter.
The shamrock survives to this day, laminated for posterity, and one can still see the vestigial stem of that fifth leaf.
Posted by LordSomber at 11:32 PM No comments: