A Look Back: Ugand-A-Thon 2K Dry-Run 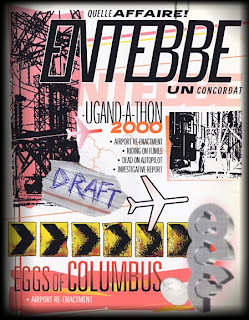 Quelle Affaire! The test prep of the various functions of Ugand-A-Thon 2K involved questionable planning as well as a shaky alliance between the Allied Pungeoning Front, Ugandoid Autonomous Prefecture and the respective UN Concordat.
BubbaCabal interference with native sovereignty had previously resulted in the APF acting as clean-up agency during both the EBB Debris Field Incident and the EBB Contagion Drill. The worst of the crises turned out to be what was known as “Mission Manqué” (EBB010597), a real flaming burnout.
Diplomatic relations were smoothed out in agrément once BBACBL was ousted, thanks to APF and envoy Johnny Gutts.
Community outreach programmes were then implemented with a considerable degree of success:

Alas, in a reversal of the ‘Egg of Columbus’ precept, Ugand-A-Thon 2K was shelved, stirring sharp criticism over the proposed activities: 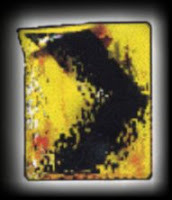 By Y2K+1 (28th Stratum) the idea of a future brokered Ugand-A-Thon was in doubt...
Posted by LordSomber at 1:21 PM No comments: Links to this post