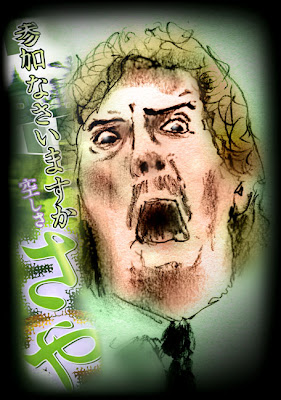 Let’s be frank: By ‘decadence’ we mean the point at which a creative function’s indwelling essence has rotted, leaving nothing but the outer rind of form. We do know that new forms come from new experiences. Fair enough. But unfortunately, using yesteryear’s zeitgeist as today’s boutade célèbre spells out the harsh reality that’s all too obvious to most outside the shell.

In the end, it’s all about the carapace...
Posted by LordSomber at 5:14 PM No comments: 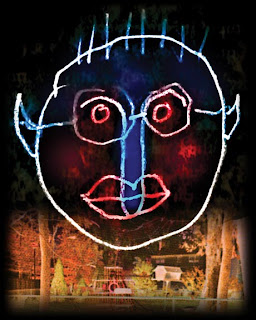 A witness fell in with the Haskell-esque Gass-Boy sometime during the third stratum. Oh, the mischief he saw from the roads of Cambridge thenceforward.

• Weasel’s dad was working under his car when Gass-Boy just missed him with a snowball. Chase ensued from Nottingham to Sheffield.
• Oh, and on the hill behind Weasel’s house? The Golden Shampoo Incident. The heinous details remain expurgated, but let it be known that, yes, another chase ensued.
• Gass-Boy’s skirt-flipping move in Cranford that resulted in a manhandling by leather clad, 6-foot Cosmo.
• Hunched over with a nosebleed earned by a wisecrack. “I’m not hurt. I’m just trying to spell ‘KISS’ on the pavement with my blood. Really.”
• A spastic basement spree that resulted in Elvis 45’s shattering against breeze-block and wood panelling.
• The dead fish in the greeting card presented to some unsuspecting lass, and the unsurprising revulsion reaction thereafter.
• Expeditions through Mystery Hill to seek out abandoned tree forts where men’s magazines lay charred.
• Torching the pitch behind Platt Plaza.
• The Naked Tripod.
• The Crippled-Bird Salute.

As often realised in hindsight, our proximity to trickster archetypes act as cautionary tales to guide our witnesses down the road.