On artists and awards.

When editors and programmers no longer sustain the vision to sufficiently infotain viewership, it seems easiest to pillow-fluff peer validation dreams of players and viewers alike... into the form of pyrite-plated pot metal.
Hey, while were at it, let’s further cheapen our journalistic integrity by tossing our co-worker’s name into the hat
as an ‘inside joke.’
He’s in a band, y’know. It’ll be funny. 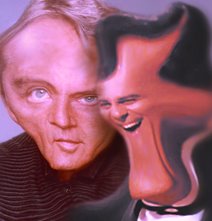 And so we see into this alternate universe
there’s an attempt at quantifying artistic merit
counting the uncountable by
snickering desk jockeys and seat-sniffing tastefakers.
Kasey Burton and Richard Kasem stuffing a ballot box in a world where fame has eluded them...

And artists and audiences alike fall for this con every year. 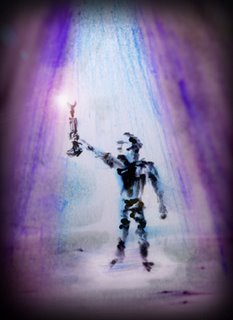 The stringpullers of stardom seem to think they have the last laugh, though they are fools just as much as our “winner” who waves his trophy in faux-triumph in the shallow spotlight. Mere awards are but belt notches on modern culture’s muffin-top waistline on any particular day. It takes time itself to know what art is timeless, and what will become canon.


So go forth, young artist. Be thoughtful. Be prolific. 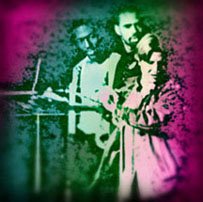 And when sidlers prod you to dilute your craft to impress backstage peers or to ham it up to the cheap seats, just think to yourself, “You can’t please everyone, so why should I?”
And then open your mouth and say, in the sage words of L.L. Carter onstage at the glitzy Coca-Cola Music Awards, “F### you.”
Posted by LordSomber at 5:44 PM No comments: 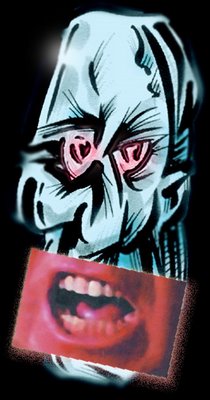 The playing up of petty frustrations that you think nemeses will recoil over in response to your baiting and gleeful finger-pointing actually puts you in the bad light, considering eternal truisms...

Old man makes spectacle of denouncing a bogeyman that he himself created.

In other words, ‘He who taunts, flaunts.’
Posted by LordSomber at 7:02 PM No comments: