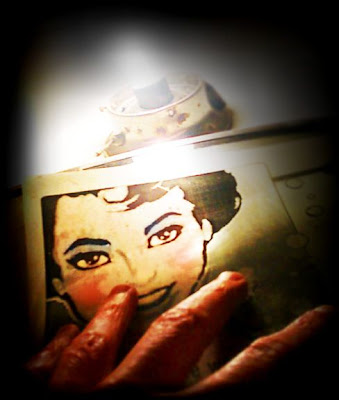 ...The green of the grass, the murmur of small talk, and the balm of camellia in the 21st Stratum...

The garden party took place in the backyard of the Stuttering Barrister, a man who fancied himself a small-town media mogul, so many of the invitees were local politicos, reporters and uni law students.
The event was catered by Mr Bobbs, who was dismayed by the guests’ upturned noses regarding his colourful hand-farmed spores. Stoddard should have been with the Nuts mixing down the Making Love For Now UK sessions but instead attended the soirée, not because he was any fan of the Barrister or for the opportunity for free grub. The presence of one Miss Tuddley had him overlook the mingling toffs and other annoying aspects of the gathering.
She was landed gentry, a young woman from a family with a fortune in divinity treats. But she wore her privilege quietly as she studied law at uni whilst residing in the Stuttering Barrister’s attic loft.
Stoddard had already met her acquaintance so the slide into cordial conversation came quite naturally, and was facilitated by a fellow law student by the name of Rhett, a sociable young man conversant in topical banter.
The three chatted amiably away from the rest of the stiffnecks meandering across the lawn, and much punch was imbibed. Stoddard subdued his crush with nonchalance, but tacitly admired the favours of Miss Tuddley in her propinquity. Her raven hair and brown doe eyes captivated him, but he was under no illusion of anything serious, for her station in life was far above his. That said, natural beauty and natural smarts are to be relished and not resented, after all.
With the sun setting the garden party waned and the trio retreated to Miss Tuddley’s loft for further refreshments.
It was a charming yet humble abode. The hostess pointed out her snowglobe collection whilst she prepared convivial adult beverages.
Stoddard lifted one snowglobe off the shelf and gave it a slight shake. Dusty flurries swirled down over a dark, sleepy village.
Merriment ensued and was indeed entertaining to Stoddard, yet he felt both privilege and appreciation to be in the company of social betters who were no doubt heading for the haute monde in years to come. Rhett, probably a future barrister himself; Miss Tuddley, most assuredly destined for nobility. Stoddard recognised status hierarchies, but only in the context of merit. Is envy not an affront to aspiration? Though a humble tradesman, he aspired no less than his present company, so there was an unspoken camaraderie beneath the boisterous cheer in the room.
The evening wound down and everyone’s groggy fog of incapacitation meant no one was going anywhere. Rhett volunteered to crash on the settee. Stoddard nervously eyed the floor, looking for the most comfortable spot.
Miss Tuddley stood placidly across the room looking directly at him. She made a slight gesture with her hand and quietly said in an almost childlike voice, without a hint of guile, “You can sleep in my bed.”
Mere seconds felt like hours. Her delicate face was expressionless, save for a faint trace of ...what? Wistfulness? Tiddly fatigue? A beautiful woman is offering you her bed. What to do?
“Okay,” he replied with clumsy nonchalance.
The lights doused, they both lay side by side above the covers. Stoddard was stiff as a corpse and would indeed fit in a coffin, given the nervous restraint of his posture. Yet he felt more alive than ever as he quickly faded to slumber with the lovely Miss Tuddley silently inches away.

He was fast asleep.

They say one’s dreams are all the more vivid when dozing far from the comfort of one’s own bed. Intense imagery, heightened spatial acuteness, the locus of dynamic circumstance. But lucidity itself often takes leave...

In the middle of the night the vision appeared somewhat abruptly before Stoddard. It was a silhouette seated beside his frozen, prone self.
Soundlessly the figure watched over him for a moment, then bent forward as a moonbeam caught a glimpse of face.
It was Miss Tuddley.
She leaned close and planted a warm but firm kiss on his cheek. One. Two. Three seconds and she drew back into the gray murk, staring for another moment. Stoddard blinked as the movie played in reverse and ended in darkness as suddenly as it had begun.

Years passed and the lives of Miss Tuddley, Rhett and Stoddard progressed quite nicely, both socially and professionally, though all three had lost touch. Stoddard didn’t think much of the odd dream -- it was simple wishcasting, right? Still, there was something about it he couldn’t put his finger on.

One nondescript afternoon Stoddard was strolling down High Street when he ran into Rhett, bearing a well-dressed and more mature mien. The two reminisced and updated each other on their respective professions -- Rhett, who indeed became a barrister; and Stoddard, who was a successful operative with the APF.
Stoddard cooly brought up word of Miss Tuddley, who was no mystery, for she was now a countess with a current seat in Parliament.
“Do you ever see her? In the city?”
“Not too often. She’s busy. I’m busy. We’re all busy.”
“We are,” Stoddard nodded slightly, looking askance in the distance.
They stood for a moment until Rhett broke Stoddard’s silent reverie.

“You idiot.”
“What?” Stoddard straightened himself.
“She always liked you,” Rhett muttered with a sly grin. “Don’t you remember that night at the Stuttering Barristers?”
“I... erm, yeah.”
He stared out at the horizon, slowly piecing together something everyone else had seen as rather obvious.
And he remembered the strange, paralytic visions in the attic loft all those years ago. And in them, he remembered having blinked at them.
And he thought: Since when in the hell do people blink in their dreams?

Maybe he was an idiot.
Posted by LordSomber at 12:28 PM No comments: