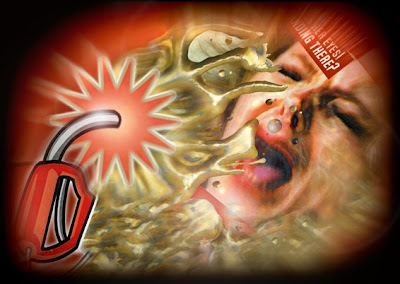 “It’s petrol! It’s in her eyes! Why are you standing there?!”

Cashier and customers taken aback
Something is seriously Not Right with this unfolding scene
And through the door walks in Miss Shotgun
Traveling chum nonplussed; Shotgun rider unruffled, unmiffed; Standing there standing there...
...in the face of Adjunct Nonchalance.
Posted by LordSomber at 6:35 PM No comments:

Labours, Laughs, and the Augean Lodge 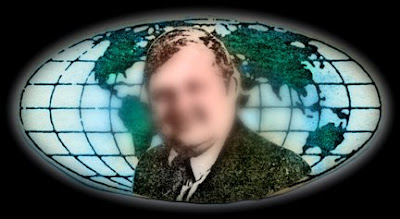 ‘The Professor’ Jones: “Hey ‘Somber, this friend-of-a-friend-of-a-friend just tipped me off to this alumnus guy who pays five bucks an hour to do odd jobs. Seeing as we’re broke-ass university students, we should jump at the chance.”

Let us posit that a young man’s character can be developed through the crucible of Herculean tasks, most notably the chore of the Augean stables, and tempered with a sense of levity. The more difficult and absurd the task, the more a man must be able to laugh at himself.

The asphalt ends and the dirt road begins. A right turn takes you up a gravelly drive thickly shaded by old oak and pine. The trees clear and there is a secluded bungalow amidst the junk and rusted cars. Near one corner of the building is a wood frame with meat hooks swaying in the lifeless breeze. Probably for dressing deer and game. One might hope.
Upon entering the house, watch your step. Yes, that is dog faeces and it is everywhere. Oh, and ignore all those stacks of men’s magazines -- you’re out here to work. Ol’ Man Willie will assign the tasks.
A bedroom door slowly opens. Perched on the end of a bed is a squat, shirtless, penguinesque little man surrounded by three dogs.
“Don’t be so stingy with your kisses, Lucky Lady!” Willie cackles as he tongue-smooches one of the mutts sitting in his lap.
Welcome to the Lodge.

• In the attic of the Lodge on a steamy July afternoon, the temperature rises to a sweltering 115°F. Trudging through abrasive pink blankets of glass-fibre insulation, a thought occurs to the miserable crew: “What is it we’re up here looking for again, Willie?” From below, muffled snores punctuate the quiet. “Insane,” the crew chuckles.

• In the old Sig Ep house, Willie “orders” volunteers down into the dark, claustrophobic sub-crawlspace beneath the kitchen. Plumber/Philosopher Dan and LordSomber search valiantly for a mysterious clog in the PVC piping in the blackness. Oh, here it is: Bluuurrrrpp-p-p-p! From the plumbing shat out a pitch, viscous goo of month-old rotting food flecked with prawn shells. Lovely. Even those “hard rockin’” Kilkenny Kitties were too wussy to come down and help out. That in itself provided more amusement than the foetid dreck in which we were drenched.
But those lads weren’t without their mischief. One day out at the Lodge they threw an old petrol can onto the Burning Pile. With a gut-wrenching whooomph the can exploded in a ball of flame, the resulting mushroom cloud climbing 20 metres at the least.
“Dammit, you’re gonna wake Ol’ Man Willie!”
Tip-toeing inside expecting to face wrath, the crew instead found the man snoozing upon his bed like some beached whale. The guy could sleep through the apocalypse. An apocalypse the rest of us would probably be cleaning up. With a laugh, of course.

Unfortunately, Willie’s unhealthy lifestyle and penchant for quaffing copious quantities of brew led him into a diabetic state. Not that that deterred him and the self-styled kingly ways in which he lived in his domain of dog dirt.
“When I die, they’re gonna have my body lying in state in the campus chapel for everyone to pay respects,” he would say smugly with a wink.
And when that day came not long after, his funeral was but a modest one in the local Presbyterian church. In the casket he lay, fingers laced, with a wry smirk on his face. Cheeky bugger always did have the last laugh.
Posted by LordSomber at 5:42 PM No comments: 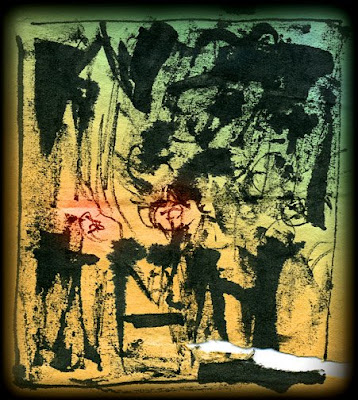 Posted by LordSomber at 2:47 PM No comments: