Posted by LordSomber at 10:24 PM No comments: 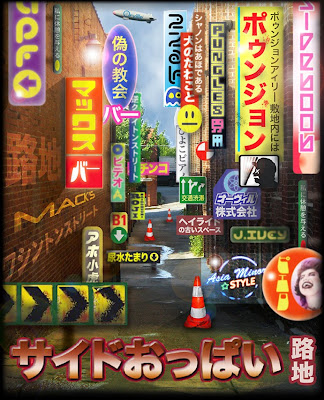 Posted by LordSomber at 10:21 PM No comments: 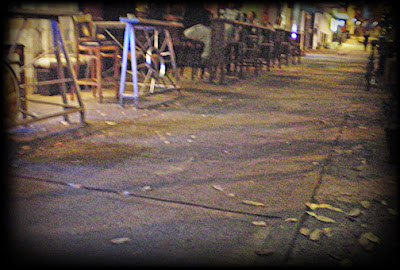 If one had a keen ear or sense of touch, one might have noticed rhythmic, low frequency pulses coming from beneath the pavement in a particular Classic City side street.
The agent designated as “Knuckles” walked casually through this spot one Stratum XVI evening, smiling inwardly as he felt the vibrations under his feet. He crossed the street and went up to a call box and dialed Operator Assistance.
“Operator.”
“Reverse charges to this number, please.”
“Name, please.”
“Mister Dale Dix.”
“One moment, please.”
The second the number was patched through, a spherical lamp hanging from a bunker’s low ceiling began to blink red and blue, amidst loud industrial racket.
“Sir,” said the operator, “Reverse charges denied.”
“Thank you, ma’am.”
Knuckles hung up the receiver and crossed back over the street. The vibrations beneath had stopped. In the shadows of a nearby portico a door cracked open.
“You’re in,” came a voice from the darkness within.

A narrow, dimly-lit granite stairwell led down into the earth, the temperature noticeably dropping...

This was the protocol for access to Bunker Invincible.

The bunker stood roughly four metres wide by twelve deep, much of the space taken up by electronic and industrial machinery of a mysterious nature. Beside the equipment stood four other agents of the NI, an Allied Pungeoning Front sub-clench: “Bonehead,” “Herr Moto,” “Woodie,” and “Fischbein.” They nodded silently at the agent’s arrival and started the machinery back up, most deafening in the small chamber.

Bunker Invincible lay beneath the Selhurst Records Division — an unassuming front for the Orville Corporation run by Herr Moto, Fake Church and Mr Brown. Above that was a safehouse of sorts, until a fire from the Weird Bath incident made it an unviable resource. As with many bunkers and safehouses of a temporary nature, the NI/Orville occupants have moved on to other locations, currently classified. 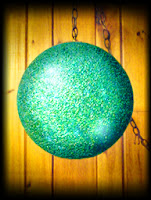 The old location now houses a pub and upstairs lofts. The spherical signal lamp is currently retained in the mess hall at the Men’s Lodge.
Posted by LordSomber at 11:03 PM No comments: 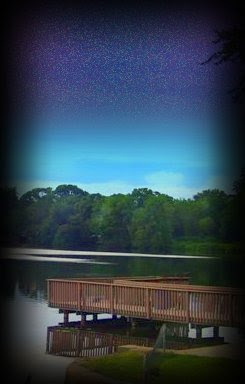 The red tacklebox and Zebco rod and reel sat in a corner of the garage. The dry smell of concrete hung in the afternoon June air with notes of turpentine and plywood. The young boy balanced the box and reel on the handlebars of his pushbike as he pitched down the driveway and onto the roadway.
From Sheffield to Cambridge to Hurffville, the quiet sun beat down upon the bitumen. Crossing Greentree he pedalled up the hill on the road to Lac des Cloches.
On arrival, the lake lay shimmering like glass beads cast into a warm broth of olive and amber. Down to the small wooden dock where the line is set with bobber, sinker, and hooked with a morsel of wet bread crust.
Cast! with a plunk, the surface ripples with ringlets, faintly throwing shadows along the bottom a half metre below. A bite! Pull in a Sunny here and there. (What does one do with these palm-sized fish once they’re caught?)
The sun arcs westward; in time, in solitude, in silence, the young man patiently waits for another bite. Why? It — “something” — awaits beneath the surface to be discovered, familiar or strange.
Along comes a Bluegill, slowly eyeballing the bait. Gently it glides towards the hook with mouth curiously agape. A steady stare and grip by the 9-year-old is too much to maintain. Anticipation overwhelming, a slight twitch of the rod sends the fish darting off, mere centimetres from the simple lure.
“Rats.”
Sunnies were always easy to catch; a bite from a Bluegill was a little tougher to snag.

He collected his kit and wandered up the hill to the community pool to swim, dive, and swim some more. Swimming with mates, swimming alone, the warm, dank smell of the lake breezing over the cool, astringent chlorine air of the pool.
A summer day much like any other — no adults, save the pool’s languid teenage lifeguard, or the lunch Mum had made earlier, which may have involved cottage cheese.
A day free of nannies, busybodies, jobsworths and helicopters.

A September venture on foot, beyond Nottingham, past Weasel’s abode, up the steep wooded slope, passing abandoned forts, making way upward. The tailored greenery at the hill’s plateau indicated potential encroachment, and so the trek is thus expedited.
Through the trees, the party tramped along with pinestraw crunching underfoot; corrugated plastic covering troughs evidenced prior expeditions.
The forest broke to reveal an eroded horseshoe-shaped canyon, barren soil awaiting some developer’s future neighbourhood dream.
“It’s a whole new civilisation,” beamed the 9-year-old, eyeing waste yet picturing the heretofore unseen landscape with potential and the optimist's spirit.

The sun hung high as the three lads scouted the ravine with marked enthusiasm.
An autumn day much like any other — no adults, save the bellowing man on the greenery shaking his golf club.
A day free of nannies, busybodies, jobsworths and helicopters.

Is the spark of curiosity and exploration innate in a young man? Of course. It can be nurtured indirectly enough by Mum yelling, “Get out of the house!”
Something will always beckon from beneath the lake’s expanse, from behind the curtain of trees, from beyond the sky and firmament.
In the cacophony of today that “something” may indeed be difficult to hear. But what happens when the boys themselves stop listening?

Excerpt: Behind the Brick Door 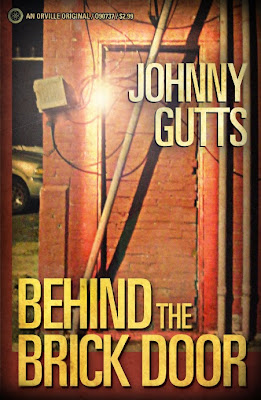 ...The wooden door has become brick... a memory itself hazy, yet the lessons have cemented, as easily as most hindsight observations tend to attain.
This counsel is locked down behind mortar, safe and under glass without worry of breaking the threshold and radiating an amnesic vapour that would have us forget what we have so dearly learned.
The glow from behind the door does not beckon, but nudges us not to forget...

Posted by LordSomber at 12:29 AM No comments: 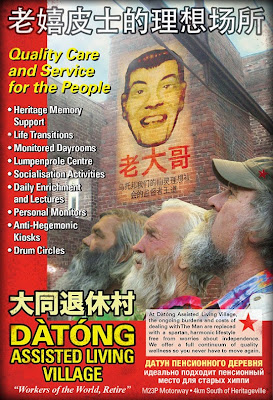 Posted by LordSomber at 11:09 PM No comments: 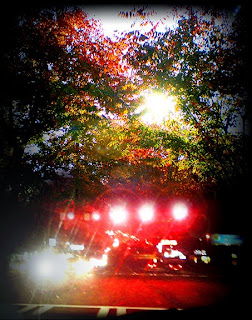 Mr Martin plotting exit strategy after a backstabbing to the fibre of his elements…
Mr Dutch spinning some Jerry Reed tunes at the Sideboob… Ms ’Chelle B taking respite from the salon to enjoy the weather… Mr Arthur’s dad: “Wake up Mr Arthur — I’m gonna kick his ass…”
Posted by LordSomber at 10:33 PM No comments: 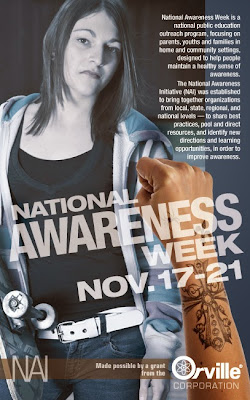 Posted by LordSomber at 12:21 AM No comments: 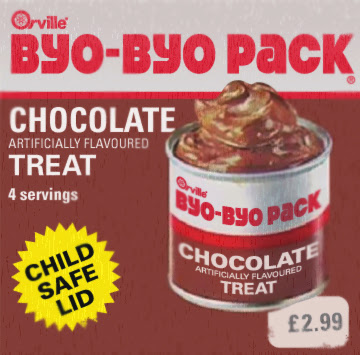 Coined by a young Scarlatti, “Byo-Byo” was a treat given for afters when dinner plates were properly cleaned. Impressed with the appeal of this dessert with the young, Orville Foods Division bought out the pudding recipe from Scarlatti’s mum and introduced a rollout campaign promoting the product with heavy social media engagement (as heavy as 1970’s social media would allow).
The original recipe featured chocolate, but Orville added butterscotch, tapioca and scrapple varieties to their product line. Chocolate remains their top seller.
Almost 40 years later, the Byo-Byo brand dessert market share is still going strong.

Posted by LordSomber at 12:04 AM No comments: 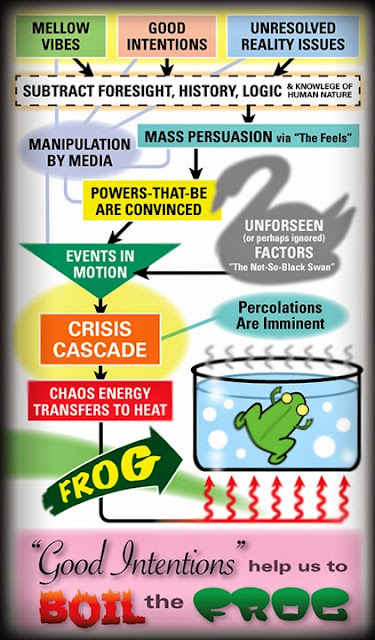 This is the machine commonly employed by the starry-eyed idealist of all ages who is so sure their simplistic “solutions” are all it takes to solve age-old societal problems.
Yet this is the machine that insists on moving forward like a streetsweeper, whilst erasing/ignoring the history left behind in its path.
Thus it has no foundation and nothing from which to learn.
Fools and knaves both utilise the machine. The fools may spout their nonsense and do little else than posture publicly and pull the lever in the voting booth. The knaves, on the other hand, may talk the same talk about the Cause, but know full well that the results of their intentions will disenfranchise particular segments of a given populace.
The machine also works on a micro scale (minus media manipulation) as well as macro — interpersonal relationships, business, etc.

The Fabians had their hammer; the Progressives have their State. The results are often disastrously similar, and the excuse is always the same.

Posted by LordSomber at 10:23 PM No comments: 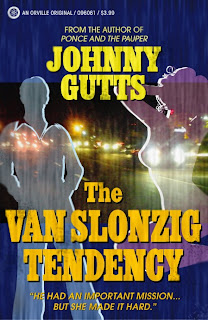 Molessa was always first in line to flatter…

Stoddard sat at the foot of the bed with teeth clenched, precious seconds ticking away in the back of his mind.
Hoodwinked again, and it’s my own damned fault.
The confluence of the Situational Alpha, the Nice Guy Beta, and the Over-It-All Sigma — faced with a hurdle of flesh as every second passed delayed the mission.
People are waiting on me.
It had happened once before in Stratum XII — The Hembry Penetration before the Indian Hill objective. He barely completed that mission, and vowed never to be in the same situation again.

“Just lay here,” Molessa cooed.
“People are waiting on me,” Stoddard sighed, leaning back and staring at the ceiling.
“It’ll be easy,” she said as she clambered atop him.
“What do you mean?”
“Just pretend you’re dead.”
Stoddard’s eyes bulged out of his head... 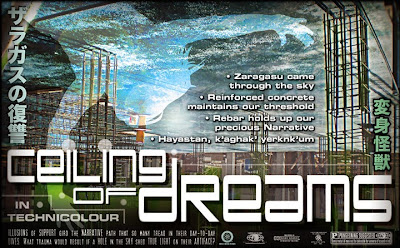 Posted by LordSomber at 12:43 AM No comments: