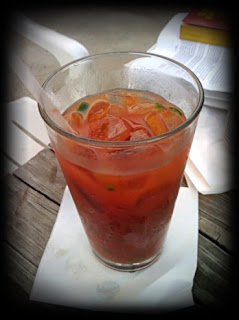 As the blistering dog days in Classic City slowly ebb away, so too do most people’s summer drink preferences. Johnny Gutts advises us not to say adiós so hastily to his particular beverage of choice, for whilst it makes a good quencher during hot August nights, it equally can add a Scoville-spiced savoriness to any drab December eve. 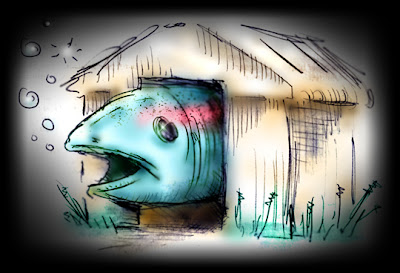 Her job title included the word “designer” and her department included the word “creative,” even though she had no creativity nor did any designing. “Data Entry Clerk” would be a more suitable job title, save for the fact that the data she entered was often given an erroneous and nonsensical quality, with her inputting terms like “Cadillac converters” and “veal trout.” For all intensive purposes. Sic.
Though it’s taken for granite that the purpose of client approval is to prevent errors from reaching the publication stage, one must admit that much was indeed accomplished here. This time.

The efficacy of workflow safeguards is not the issue here, but the curious mental framework present that fails to see the context surrounding the immediate job at hand. That, and the repercussions of that job’s actions.
In the “designer’s” case: In thoughtlessly treating all copy and text as asemic, context errors will obviously aggregate. [Something Spellcheck will not catch.]
This amounts to a basic case of Information Illiteracy -- a human version of the aforementioned Spellcheck: going through the motions without seeing the larger picture.
Fortunately, no persons were harmed due to these clerical errors, but outside the proverbial office this mindset can take a more injurious turn.

The decline of Situational Awareness (SA) in everyday modern life
• The classic illustration of the importance of SA can be found in such high-risk fields as aviation. All too often in aviation accidents, pilot error is attributed to a failure of SA. Flight crew fiddles with instruments, unaware that their jetliner is about to slam into a mountain. If the aircraft itself was not on autopilot, surely the distracted minds of the crew were on it.
• Witness the coed walking the dark streets wearing the headphones of her portable listening device. Senses are voluntarily hampered whilst in a high-risk environment. Lack of SA.

The distractions are not always the result of some new technology.
• Substitute the coed’s headphones with a skimpy dress. A naive absence of SA or a brazen flouting of that very lack? One or the other. Blaming the (potential) victim? Freewill dictates the adult responsible for their own Poor Risk Assessment. [Cf. “Bad Medicine”]

The dearth of awareness is neither limited to one’s own behaviour, but also to that of those under one’s auspices.
• Behold the befuddled mum, daunted by the vast variety of goods displayed before her whilst her feral progeny tear up merchandise and play grab-arse. Also, her mobile phone conversation is of prime import rather than the antics of her charges.

Information Illiteracy, a shortage of Situational Awareness and a lack of basic social propriety are all variations of a myopic “autopilot” mode all too common today, whether on the job or in public.
• Parents, be they the lazy laissez-faire or the excuse-making, hypervigilant helicopter type, fail to impart the proper social tools, leaving their children in a cerebral cocoon come adulthood.
• Employers fail to hire neither the able and broad-minded nor to nurture those towards competency.
• Among armchair analysts, there is no scarcity of culprits in the “dumbing down” in the modern age. Schools, pop culture, socio-political forces encouraging dependence on the State -- all have fingers rightfully pointed at them for some culpability in societal demise.
That said, parental and adult/workplace examples are cited emphatically in this missive because, 1) Parenting (or the lack thereof) ultimately trumps these secondary societal factors as to how their children develop; and, 2) Adult and workplace behaviour are the ultimate result of said parenting. [Two ends of a continuum with secondary factors in between.]

But perhaps Chicken Little has clucked enough, as there is a plethora of real-life examples extant, whether in neighbouring cubicles or stumbling down High Street.
What do we call those flighty fish of our social seas with brains fatted on the empty calories of pop culture? Those with a voluntarily restricted mental motility? Those whose experience prolongs their own social and exploratory retardation? Those who are thus more susceptible to infotoxin ingestion?

“Waiter, I’ll try the Veal Trout.”
Posted by LordSomber at 12:45 PM No comments: