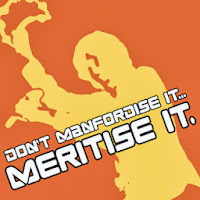 Eagerness, whilst nominally an admirable trait in most endeavours, can sometimes hobble the most ardent in their pursuits if proper perspective on potential prospects is ignored.
In this case, the overeager are not to be confused with the People Pleaser.
In some instances, it may be more a sign of desperation to fill a much-needed job position, but as in the case of one Mr Mandley, (”I need warm bodies in those seats”), the end result is the same when ‘arguments to a function are not evaluated before the function is called’ (as they say in programming terms) — ‘Warm bodies’ don’t necessarily mean added value.

Manford was an eager sort, and his zeal for his particular enterprise was not to be unappreciated. But in that overeagerness, he would mistake a casual acquaintance’s superficially polite interest in his doings for a verve that matched his own. In other words, he would see a proxy for a future result that is initially unknown, because the computation of its value is yet incomplete — a thunk.
“I’ll-hire-you-because-you-seem-interested-in-me Syndrome” is quite the unwieldy neologism, so let us refer to this as “Manfordising.”

In the corporate arena, the Orville Corporation’s Interpersonal Psychometric Analytics Team endorse a Confucian meritocratic paradigm in assessing value in potential cohorts, as opposed to blatant sycophantism, shallow credentialism, or the blurred misreading of feigned interest as Promethean dedication.

Posted by LordSomber at 10:14 PM No comments: 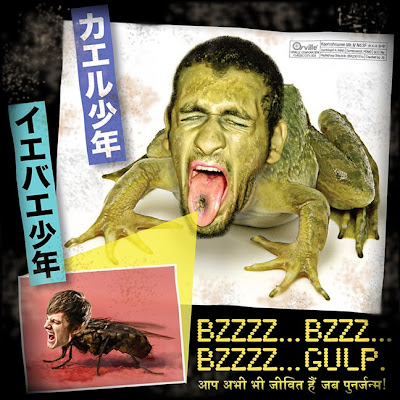 “The man has his rights like the animal, so let him run about freely; and you, my dear fellow animal, are still this man, in spite of all!"

In the contemporary West, social mobility is a fluid concept: Those with the wherewithal to improve their station are quite free to do so, and the resources for such are abundant (free public libraries, tight-knit communities, the interweb, etc.).
Alas, certain individuals of various castes forgo the available potential in front of them in preference to backwards-looking, petty power plays. As human nature has taught us, there will always be crabs and tall poppies. In many, envy will override aspiration.
The Orville Corporation has always soberly recognised this social constant. And they now have a “win-win” solution to this societal friction. They have found a way to offer non-constructive individuals a voluntary way to position themselves in preferred ‘pecking orders,’ whilst the rest of constructive society can progress without the added deadweight: Re-purposing particular caste members into the socio-ecological food chain via recombinant DNA.
Thanks to Orville’s cutting-edge genetic technology, it is now possible to offer voluntary individuals their place in favoured biosphere hierarchies.
“How would you like it to be able to lord over those who you consider inferior?”
“Shure, sign me up.”
As an example, certain humans who buzz and sniff about with inconsequentia can be reassigned “botflyboys.” Gluttonous and slothful folk can be remodeled as “hu-frogs.” Et cetera. Social organisms can find their niche across the diverse spectrum of the entire animal kingdom.
Voluntarily, of course.
Orville also offers post-procedure psychological counseling for the trans-species communities.

Along with a vibrant market, Orville executives are confident to proffer their current technologies towards this viable solution:

A variety of payment plans are available to fit your financial situation.

Posted by LordSomber at 5:14 PM No comments: